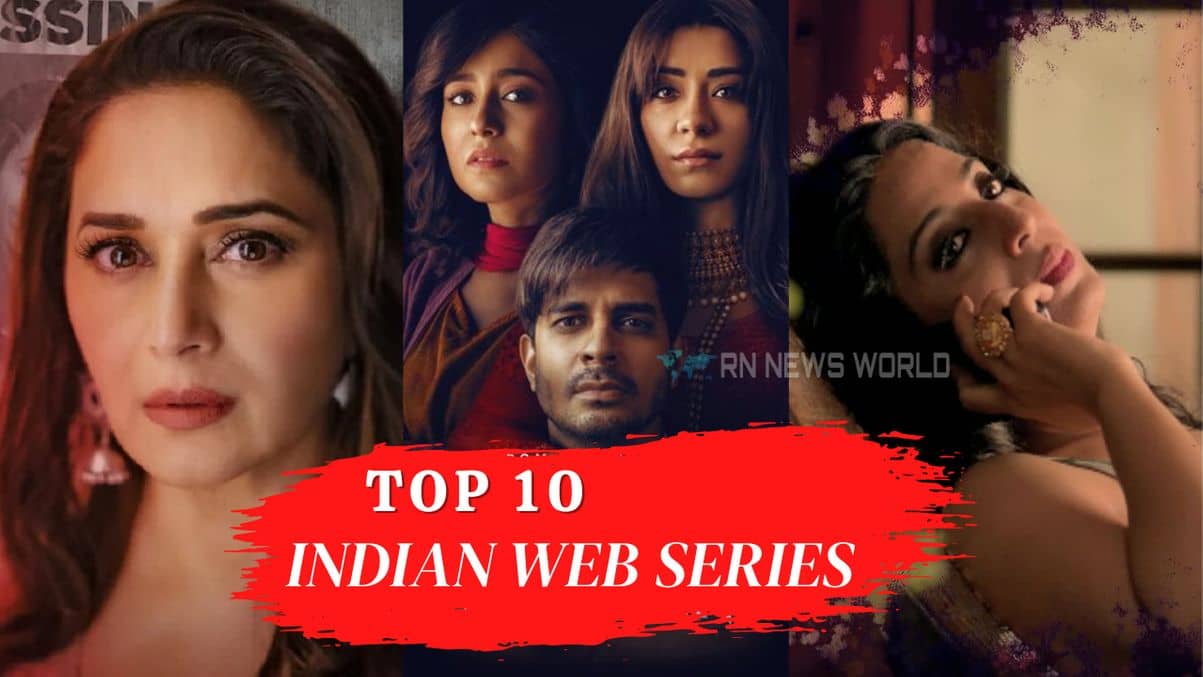 Top 10 Indian Web Series 2022: Already in 2022, we haven’t been impressed by the amount of Indian content we’ve seen on our streaming platforms. This year, there hasn’t been a Scam 1992 or Paatal Lok that has been highly praised by fans, but OTT services are still working to introduce viewers to something that may be the next big thing. IMDb has posted a list of the “Most Popular Indian Web Series of 2022 (So Far)” based on what Indian audiences have already seen. These 10 most popular web series received user ratings of 7 or higher from fans.

So let’s know some detail about this hindi web series

With Madhuri Dixit playing the lead character, the television series The Fame Game debuted with a lot of promise. The drama centres on the disappearance of a well-known actor from the movies, and the investigations that follow reveal dark secrets about his private life. The programme, which also features Sanjay Kapoor, has a rating of 7 based on 21,000 votes, with only 24% of users giving it a perfect rating.

This Netflix series, with Sakshi Tanwar playing the lead, centres on a mother who is investigating the killing of her daughter. Only 29% of spectators gave the show a perfect review, giving it a rating of 7.2 based on close to 4,500 votes.

This Hotstar series was related to online reality events that push their participants and creators to question their principles. The programme, which starred Sidharth, Javed Jaffrey, Plabita Borthakur, Shweta Tripathi, and Ritwik Sahor, among others, received a 7.8 out of 10 based on 4,000 votes. Approximately 55% of the audience gave it a perfect rating.

The second season of Apaharan, starring Arunoday Singh, will premiere this year. Apharan, starring Snehil Dixit Mehra, Sukhmani Sadana, and Nidhi Singh, has an 8.4 rating out of 10 based on 18,000 votes, with 50% of people giving it a perfect score of 10.

Let me tell you, the audience loved this Netflix series starring Tahir Raj Bhasin, Shweta Tripathi, and Aanchal Singh as soon as it was released. Only 21% of viewers gave the show a good score, giving it a rank of 7 based on 7,000 votes. The story of the series is on a man who is compelled to wed a politician’s daughter in order to protect his family.

The Shefali Shah and Kirti Kulhari programme took place in the world of medicine, where human trials are the seedy side of the industry. IMDb users have given the series an 8 out of 10, and almost 10,000 people have voted for it.

It is the IMDb list of top 10 Indian web series 2022 For its second season of this year, the Jitendra Kumar-produced series excited viewers. Based on more than 65,000 votes, the programme has an 8.9 rating, with around 57% of viewers giving it a perfect score of 10. The story takes place in an Uttar Pradesh village where a UPSC hopeful works in the Panchayat office. Neena Gupta and Raghubir Yadav also play major roles in the Panchayat shows.

Rocket Boys, one of the most interesting television programmes this year, detailed the scientific journey of Homi Bhabha and Vikram Sarabhai as they introduced a newly independent India to the world of scientific accomplishments. The Sony Liv show, which stars Jim Sarbh and Ishwak Singh, has a rating of 8.9 based on 11,000 votes, with roughly 65% of audiences giving it a great rating.

The Tigmanshu Dhulia performance debuted to unfavourable reviews, but it appears that the audience was ready for it. Based on roughly 13,000 votes, the series has a 7.3 rating, with almost 60% of respondents giving it a 10/10. The television series, which starred Prateek Gandhi and Richa Chadha, was based on Vikas Swarup’s 2016 murder investigation, “Six Suspects.” The show’s storyline starts when an industrialist is killed at a party, turning everyone who attended—and anybody who wasn’t—into a suspect.

It is the IMDb list of top 10 Indian web series 2022 Campus Diary. Let us inform you that Yeh Ek is set in a college and that the young audience has taken a liking to the programme. The show has an IMDb rating of 9, based on around 15,000 votes, with almost 80% of viewers awarding it a 10 out of 10. They navigate college, love, friendship, and life as students. The play, which is produced by Prem Mistry and Abhishek Yadav, also features Srishti Ganguly Rindani, Ritwik Sahor, Saloni Gaur, Saloni Patel, Abhinav Sharma, and Harsh Beniwal.