In the past six months, several web series have been released. Now the list of top 10 best indian web series to watch from January to June has come. Inform us of the top of this list.

There have been six months. Many popular web series were released in the year 2022 in the entertainment industry. Web series like “Panchayat 2,” “Aashram 3,” “Gullak 3,” and “Rudra” are among them. Following the streaming of Jitendra Kumar’s “Panchayat,” fans were excited for the show’s upcoming season. At the same time, series like “Gullak,” which told the tale of a middle class family, captured everyone’s attention. The top 10 Hindi web series list also includes 10 more of these web series. Please let us know best indian web series to watch.

Based on a ratings and IMDb rankings, Ormax Media has created a list of the top 10 Hindi web series. Web series from January to June 2022 are among those. Panchayat 2 is at the top of Ormax Media’s list of titles. At the same time, the trend on IMDb’s list belongs to “Campus Diaries.”

‘Panchayat 2’ At Number One Position

Now that we’re talking about best indian web series to watch Ormax Media, there has been a little change in the ranking of their most popular Hindi web series. According to the ratings, “Panchayat Season 2” by Jitendra Kumar is the top show, followed by “Rocket Boys,” “Gullak 3,” and “Rudra” by Ajay Devgan. At the same time, “Human” is at number five, followed by “The Great Indian Murderer” at number six, “My,” at seven “Bhaukaal Season 2,” “Apharan Season 2,” and Bobby Deol’s “Ashram 3” at number 10. 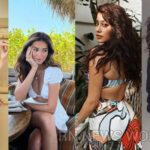 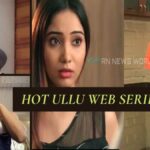