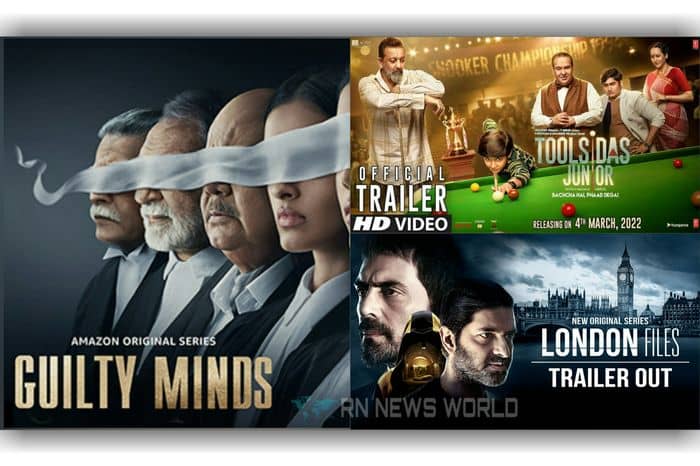 Upcoming Web Series 2022, Upcoming OTT Web Series 2022 And Films This Week, This week on Prime Video, there are a lot of interesting web series and films 2022. Select Disney Plus Hotstar on Netflix Voot. These include some of Hollywood’s best films as well as Bollywood’s best.

Due to the closure of theatres during the pandemic’s lockdown, OTT platforms acquired a lot of attention from the media in the country. Web series were already on the way, and the strategy of releasing new Bollywood films directly on OTT platforms began, and it is still going strong today. This year 2022 there are many such Upcoming Web Series and films, which are coming directly on OTT instead of theatres. Every week some popular film and web series is being released on some OTT platform.

Tulsidas Junior is releasing on Netflix this week on April 19. Tulsidas Jr. is a sports film directed by Mridul and produced by Ashutosh Gowariker of Lagaan. Because of the late Rajiv Kapoor, this film is being discussed. Rajiv Kapoor, Rishi Kapoor’s younger brother, returned to acting in Tulsidas Jr after a long absence from the screen, but he died in February of last year, just before the film’s premiere. Along with Rajiv Kapoor, Sanjay Dutt and child artist Varun Buddhadev will star in Tulsidas Junior.

A post shared by amazon prime video IN (@primevideoin)

On April 22nd, the Guilty Minds web series will be available on Prime Video. This is the first courtroom drama on Prime Video. Senior performers like Shakti Kapoor, Satish Kaushik, and Kulbhushan Kharbanda will play important characters in the show, which stars Shriya Pilgaonkar and Varun Mitra in main roles. Shefali Bhushan is the show’s director.

Burnt is releasing on April 22 on Linesgate Play. The title of the film focuses around a classic chef whose life has become unattractive. The film tells the narrative of a chef who decides to reinvent himself. Chef Adam Jones is played by Bradley. John Wells is the director of the picture. In crucial parts, Sienna Miller, Omar C, Daniel Brühl, Matthew Rice, Uma Thurman, and Emma Thompson will be seen. In 2015, the film was released in theatres.

The special series Anupama – Namaste America is coming on April 25 on Disney Plus Hotstar. This is a spin-off of Anupama that will only be available on OTT. This episode will open a previously closed page in Anupama’s journey. The character of Anupama is played by Rupali Ganguly.

The Gaslit series will start at Linesgate Play on April 25. It is a political thriller series based on the Watergate affair in the United States. The controversy occurred between 1972 and 1974, during President Richard Nixon’s presidency. Julia Roberts, Sean Penn, Dan Stevens, Betty Gilpin, and Shea Wingham have significant parts in the drama.