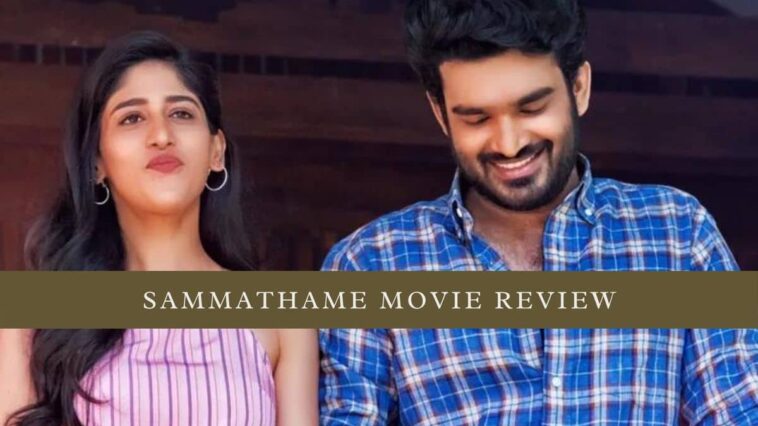 Geeta Film Distributors oversaw the film’s global release. Learn more about how “Sammathame” was launched on Friday in the midst of seven other films in the review.

To pull it off for two hours is the movie’s quest. In actuality, it’s an OTT movie. Filming for the whole plot of OTT takes place there. Another movie with same topic is “Sammathame.”

Hero Kiran Abbavaram, director Gopinath, tries to explain to the girls how they are and how the boys must alter to suit them before moving on while respecting each other’s opinions and preferences.

However, the audience becomes uninterested after listening to a single topic for two hours and ten minutes.

One may say that these movies are really entertaining. But the same went unnoticed. Fastoff occasionally has some comedy, but it’s never interesting.

The plot feels slow and uninteresting because there isn’t much novelty in it. The audience has the impression that they have seen many such scenes. The rare comedic scenes are a little bitter. The director tried to make Faustoff entertaining. However, Entertain was unsuccessful. I intended to emotionally convey the second part, but I was unable to get the appropriate feelings for such love stories. This is boring.