Sushant Singh Rajput’s father to CBI: Circumstances leading to death of my son should be probed 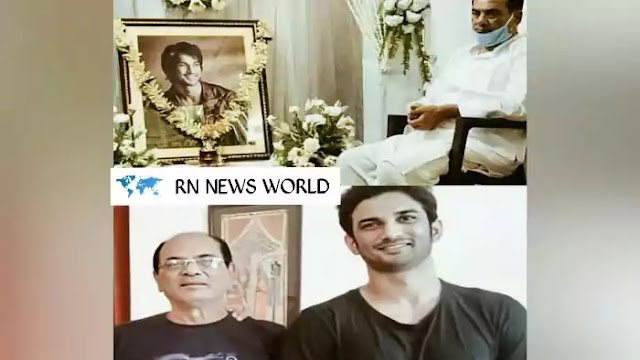 The Central Bureau of Investigation (CBI) on August 10 monday recorded the statement of late actor Sushant Singh Rajput’s father, KK Singh, in connection with the death of his son. KK Singh, in his statement to federal probe agency said, “Circumstances leading to death of my son should be probed.”

According to sources, CBI also recorded statement of Sushant’s sisters. However, an official confirmation from CBI is still awaited. Sushant’s father KK Singh has levelled series of allegations against actress Rhea Chakrobarty in his statement.

The Special Investigation Team of CBI formed to investigate the matter will also verify the claims made by Sushant’s father.

The agency will take help of forensic experts and doctors to verify the allegation that Rhea Chakraborty was giving overdose of medicines to Sushant Singh Rajput. The autopsy report will also be verified by CBI with the help Department of forensic officers.

The agency has examined the case diary, the statements of around 10 witnesses recorded by Bihar Police, call records, bank statements of Sushant Singh Rajput and other evidences which they took from Bihar Patna police.

Rhea Chakraborty, in an affidavit to Supreme Court, has said that she has no objection if apex Court refers the matter to CBI. CBI was handed over the case of actor’s death after request from Bihar government. Sushant Singh Rajput’s father to CBI: Circumstances leading to death of my son should be probed.