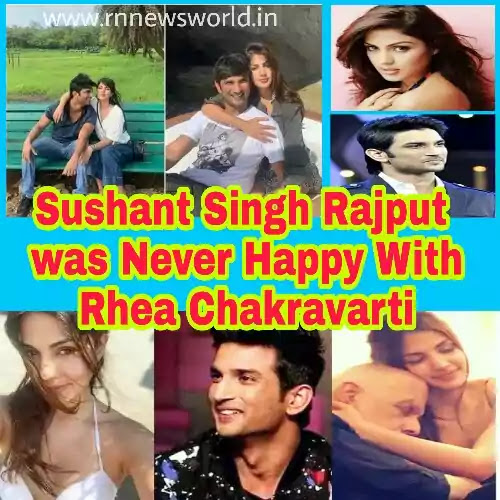 A lot of things have happened from the day when Sushant Singh Rajput left. Many Bollywood Biggies who were ruling and ruining the young talents of Bollywood have been pinned down and are being boycotted.

Their dark secrets are coming out day by day. Also, Mahesh Bhatt and Rhea Chakravarti’s suspicious relationship has created a lot of buzz in the B-town. And flag bearer of Nepotism Karan Johar along with Salman Khan, Alia Bhatt, Sonam Kapoor, and many others are banned in Bihar state.

No one had ever thought that passing away of a person can create this much wave. Like wise, we have come up with another jaw-dropping fact for you.

Also according to the report, they were getting married soon and they were searching for a new apartment to move in. But it seems that Sushant was never happy with Rhea Chakravarti.

Than Rhea Chakravarti, Ankita Lokhande and Sushant Singh Rajput were once the most famous and most loved Bollywood couples. They were in a relationship from around 2010 during their days in popular TV show Pavitra Rishta.

They were among the most adored couples
on-screen and off-screen as well. They were planning to marry in real life too but they had a break-up around 2016 when Sushant Singh Rajput left the TV world and came to Big-Screen cinemas.

Time after that was really tough for these actors and their fans, especially those who used to adore them so much. Recently, a piece of shocking news came forward that his psychiatrist revealed.

According to his psychiatrist, with whom he was undergoing treatment, Sushant always regretted breaking up with Ankita Lokhande, who was once his everything.

He would have never regretted breaking up with Ankita Lokhande if he was happier with Rhea Chakravarti. There are also rumors out there that, after Ankita Lokhande posted a photo of engagement with a businessman, Sushant Singh Rajput even got more worried and depressed.

What do you think about this? Please write us in the comment section down below.