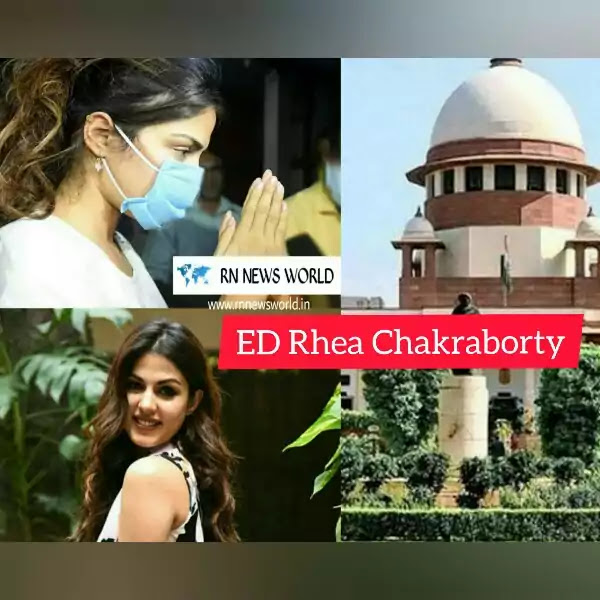 The Enforcement Directorate (ED) has summoned actress Rhea Chakraborty again for questioning in connection with the money laundering case lodged against her after lifeless of actor Sushant Singh.

Earlier, the Enforcement Directorate(ED) had rejected Rhea Chakraborty’s request to postpone her questioning till Supreme Court hearing, which is scheduled on August 11.

Sources say, Rhea during her questioning by Enforcement Directorate (ED) was shown transactions from Sushant Singh’s account to her account and she was asked to explain the expenditure incurred.

The ED has also gathered evidence about sudden cash flow in two accounts of Rhea. The agency is not satisfied with the answers she gave on Friday and with additional evidence, Rhea Chakraborty will be grilled by ED on Monday.

According to sources, Rhea Chakraborty has been asked about her source of income in last three years, movable and immovable properties, all bank transactions and all firms where she holds official positions.

Sushant Singh Rajput’s lawyer Vikas Singh said, The family of Sushant has learnt that in last one year, Rs 15 crore was transferred to accounts which are not even associated to Sushant.

It is possible that Rhea and her family members may have defrauded that money. Also the all bank statements indicates regular huge cash transactions at a time when Sushant Singh was being controlled by Rhea Chakraborty needs to be investigated. ED summons Rhea Chakraborty again on Monday.

Two properties linked to Rhea Chakrobarty and her family members are under scanner of Enforcement Directorate after the agency learnt that her total net worth is Rs 14 lakh. Sources have told as per the ITR records, Rhea’s net worth rose in the last few years from Rs 10 lakh to 12 lakh and then Rs 14 lakh.

The properties which is now being investigated by the ED. One property of Rhea is in Mumbai’s Khar flat (Shivalik Builders) which was bought for Rs 85 lakh. Rs 25 lakh was paid as down payment whereas housing loan of Rs 60 lakh was taken. A 550 sq ft flat was booked on Rhea’s name in 2018.

The second property is on the name of Rhea’s father which was bought in 2012 for Rs 60 lakh. The possession of property was given by Paradise Group builder in 2016. The 1130 sq ft flat is situated in Ulwe, Raigarh district.

The ED will also grill Rhea Chakraborty in connection with the three firms controlled by her, brother Showik and Sushant. ED suspects that these firms might have been used to route and launder money. ED summons Rhea Chakraborty again on Monday.