Sushant Singh Rajput case: CBI gets no proof of murder, now focusing on the suicide angle 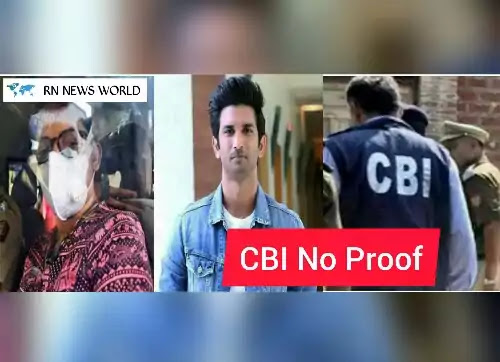 Sushant Singh Rajput case, the CBI team has so far not found any evidence that suggests that the actor Sushant was murdered on June 14. The team Central Bureau Of Investigation (CBI) have been questioning a lot of people connected to the Sushant Singh Rajput’s case including Sushant Singh’s Sarvant Dipesh Sawant and actress Rhea Chakraborty family.

The CBI investigating team, nor the statements of the key suspects nor the forensic department reports hint at homicide and while the focus has shifted to the suicide angle, the probe for murder has not been officially not found yet.

The Enforcement Directorate (ED) on Tuesday continued questioning Goa based hotelier Gaurav Arya in connection with the money-laundering probe related to the death of Bollywood late actor Sushant Singh Rajput.

Recently CBI investigating the Sushant case Before the evidence collected by the Mumbai Police and interrogated key suspects in the case, which includes the late star’s colleagues and ex-girlfriend Rhea Chakraborty.

CBI is focussing on the suicide angle, it is not officially closing the murder investigation. The next key element in the Central Bureau Of Investigation (CBI) probe is going to be the report submitted by the AIIMS forensics department which is the post mortem and autopsy reports of Sushant Singh Rajput.

Rhea Chakraborty who has been questioned for around 35 hours by the CBI in the last four days. No proof to suggest homicide in Sushant case CBI. The CBI sources are indicating to that there is no proof so far to suggest that the death of Sushant was a case of murder or the statements CBI gets no proof of murder now focusing on the suicide angle.