When and where can I watch this comedy action with Santhanam online? Rathna Kumar was the director of the movie Gulu Gulu, which had its world premiere a month ago.

Filmmaker Rathna Kumar, who had his successful directorial debut with Meyaadha Maan a few years ago, grabbed attention when he announced his third movie, Gulu Gulu. The Santhanam-starring movie’s initial look and trailer caught people’s attention because of its originality.

The movie, which debuted on July 29, had a generally negative reception from reviewers and viewers. One of the reasons the movie didn’t do well at the box office was because, contrary to expectations, it lacked good humour. The uninspired storyline made things worse.

Jackie is in charge of the film’s art direction, and he oversees the performances of Namitha, Pradeep Rawat, Mariyam George, and Sai Dheena among others in key parts. Udhayanidhi’s Red Giant Movies handled the movie’s distribution throughout the whole state of Tamil Nadu. Gulu Gulu was Santhanam’s first outing of the year.

Sun NXT premiered the movie on August 27. The online platform had previously declared that it had obtained the OTT rights before the movie opened in theatres. The character of the film is an adventure addict whose activities disrupt his friends’ circle of friends. The rest of the story focuses on how they overcome their nearly impossible problems caused by his strange behaviour by taking a dangerous form of action.

Other factors contributing to Gulu Gulu’s failure to engage with its intended audience included the absence of reliable character development and efforts at black humour going wrong. Santhanam’s forthcoming two films are currently the focus of his fans’ expectations. 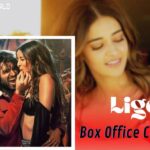