Raksha Bandhan Box Office Collection Day 5: Even on a holiday, Akshay’s movie Raksha Bandhan couldn’t be seen because it only made so much money.

Raksha bandhan, a movie starring Akshay Kumar, was released on August 11. The movie had a sluggish opening weekend. It was believed that the movie would perform well at the festival and that audiences would go see it. However, the revenue from Raksha Bandhan is declining. Aanand L. Rai’s film Raksha Bandhan has surprised the filmmakers.

Even on the fifth day, the 15th August, no special money was earned for Raksha Bandhan. It appears that this Akshay Kumar picture won’t even break the 100 crore mark, given the daily fall in the movie’s revenue. Another issue is that Akshay did all possible to promote this movie.

The performances of “Raksha Bandhan” are reportedly being cancelled, just like Akshay’s last movie “Emperor Prithviraj,” according to various media reports. This movie, which had a 70 crore rupee production budget, has so far made 30.4 crore rupees. In Aanand L Rai’s movie, Akshay Kumar and Bhumi Pednekar can be seen once more. The sour-sweet bond between a brother and sister is the focus of Akshay Kumar movie Raksha Bandhan. 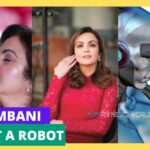