Priyanka Chopra Latest News: Not just India but the entire world has gained iron because to her acting and hot moves. It’s Priyanka Chopra She is currently working to expand her business in America.

It was difficult for me to move from India to America to establish myself here, but my journey led me to a place where I could find other family and friends. Everything I do is clearly influenced by India, and it is essentially an extension of that concept. Our culture is connected to Sona Home. People like to stick together because of Indian culture. Tell me that after Priyanka Chopra wed American singer Nick Jonas. living only in America 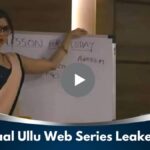