“Ponniyin Selvan Poster” out, The movie is planned to release on September 30.

Bollywood actress Aishwarya Rai Bachchan’s new look from Mani Ratnam’s Ponniyin Selvan is out. The “Ponniyin Selvan Poster” comes after Chiyaan Vikram and Karthi’s first look. Aishwarya is seen wearing a saree and exquisitely detailed jewellery, and she is at her most regal.

The film Ponniyin Selvan poster and a statement with the following were released by the creators: “The face of revenge is lovely! Meet Nandini, the Pazhuvoor Queen! On September 30, #PS1 will be available in theatres in Tamil, Hindi, Telugu, Malayalam, and Kannada.”

A poster promoting Karthi’s persona was also made public, declaring, “The Prince without a realm, the spy, the swashbuckling adventurer…here comes Vanthiyathevan!”

Ponniyin Selvan movie, which is based on the same-titled Tamil novel by Kalki Krishnamurthy, will be released in two parts, with Ponniyin Selvan Part: 1 coming out on September 30. Mani Ratnam is the film’s producer and director. 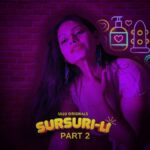