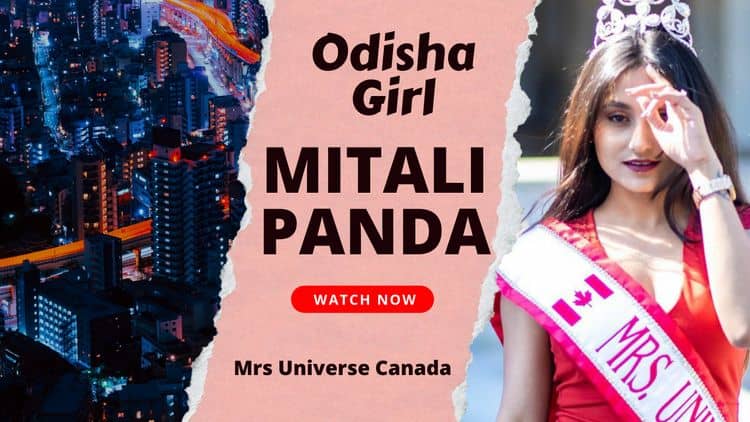 Mitali Panda, who was born in Odisha, had a dream come success when she became Mitali Panda mrs universe Canada, giving glory to the state as well as the country.

Mitali, a resident of Prasad Rao Peta in Koraput’s Jeypore district, will next represent Canada at the Mrs Universe pageant in Seoul, South Korea.

“I’ve always wanted to hold the crown for the spirit of womanhood since I was a child.” After being awarded Mitali Panda Mrs Universe Canada, Mitali commented, “Anything worth waiting for is always worth achieving.”

“This is, without a doubt, the country of opportunity and variety. I am excited to say that as an Indo-Canadian, I will be representing the country to which I immigrated for a brighter future. Thank you to Mrs Universe team Canada and my national director Asphandiar Wadiwalla for believing in me and selecting me throughout the track,” she said.

After completing her BTech at Centurion Institute of Technology in Bhubaneshwar, she worked in a several IT businesses as an SSVM student.