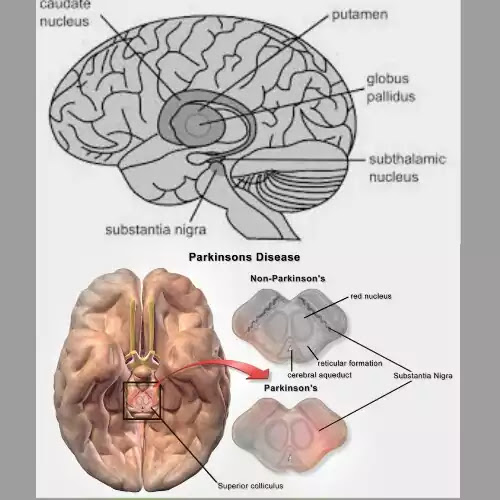 This is the show that aims to help you, the mental health clinician stay sharp on psychopharm! How often do you have to treat patients with neurodegenerative conditions for psychiatric issues. Today we talk a little about managing the psychiatric symptoms of hypokinetic movement disorders.

So we are talking Parkinson’s Disease and a typical parkinsonisms like dementia with Lewy bodies, progressive supranuclear palsy and corticobasal syndrome. Our question is, how do we manage the psychiatric symptoms of these patients?

The Management of Psychiatric Symptoms in Parkinson’s Disease and another more broad presentation on the Assessment and Management of Behavioral and Psychological Symptoms of Dementia.

How do we manage the psychiatric symptoms of patients with hypokinetic movement disorders?

Dr. Jim Phelps, will walk us through the paper, published in October 2019 in the Journal of Expert Review of Neurotherapeutics. Take it away, Jim! Now, let’s look at hypokinetic movement disorder sparticularly Parkinson’s and dementia with Lewy bodies although this category accordingto a new review from the Expert Review of Neurotherapeutics, also includes multiple system atrophy, progressive supranuclear palsy and corticobasal syndrome.

But the main problem is depression in Parkinson’s and psychotic symptoms in Lewy body dementia. Isn’t it interesting that if the Lewy bodies turn up mostly in the brain stem, it’s regarded as a neurologic problem, a motor problem, but if the Lewy bodies are more wide spread leading to symptoms of psychosis, it’s more “psychiatric” these hypokinetic illnesses.

So is the hypodopaminergia the cause of depression? In other words, does depression respond todopamine agonists?

Reviewed several randomized trials of pramipexole, a dopamine agonist, in which it out performs place. Now, you might already be using pramipexoleas an adjunct in major depression or perhaps even in bipolar depression. The dosages in these studies that are being reviewed here by Dr. Berardelli ranged widely from 0.125 t.i.d. to 1 mg t.i.d. And interestingly, the authors don’t mention levodopa-carbidopa as though that’s not in consideration here despite being another dopamineagonist.

Antidepressants have also been studied in Parkinson’s with several trials showing efficacy greater than placebo for antidepressants though notably several negative trials as well rather like what one sees in trials in major depression when the unpublished trials are also included. And no particular antidepressant is clearly better than another.

There have now been trials of SSRIs, SNRIs,tricyclics, and MAOIs. So which is better, pramipexole, or an antidepressant? Well, there is one head-to-head trial where both of them worked. And interestingly, the patients on sertraline had more side effects.

I would’ve thought it might go the other way around even though the dosing of pramipexole in that study was quite aggressive, 1.5 mgto 4.5 mg per day. Now, you might think psychotherapy would being effective when the mechanism of depression is neuronal loss but several small trial shave shown benefit.

In a randomized trial, add-on CBT versus treatmentas usual, remission in the CBT group was 56% versus 6% for routine clinical management. And that’s remission. So based on that study and the support of results of several smaller open trials, the authors of this review conclude that psychotherapyis a “useful adjunct.” Like wise, the authors also reviewed a remarkable number of studies on physical activity effects on depression in Parkinson’s.

Now, obviously, there is a reason for physical activity programs in Parkinson’s. But here, looking at the effects on depression, the trials are small and open and the conclusion is kind of open-ended.

Exercise and physical therapy appear to beable to improve depression but it’s still unclear which interventions should be recommended. And then finally, psychotic symptoms. As you know, dopamine antagonists can worsenmotor symptoms. So numerous studies have examined clozapine and quetiapine for its lighter touch on the dopamine system.

In one head-to-head study, clozapine was more effective than quetiapine even at low clozapine doses. But of course, there’s the blood dyscrasiato cope with there. So looking then at quetiapine, several studies found it ineffective versus placebo again looking at psychotic symptoms in Lewy body dementia.

But two other studies used up to 400 mg and saw benefit with no worsening of the motor symptoms. Finally, there’s pimavanserin. And we’ll come back to this in subsequent quick takes because to my surprise, reviewing the randomized trials, the Italian specialists conclude “whether new drugs such as serotonin inverse agonists and other approaches may have an impact on this disabling condition needs to be confirmed.” In other words, they don’t appear over whel med by the efficacy data for a drug that costs in the United States at least $3000 a month.

So in summary, in Parkinson-associated depression, don’t forget psychotherapies including physical therapies and pramipexole perhaps before antidepressants. And then for psychotic symptoms, think not just of quetiapine where you might have to push the dose but if you must, low-dose clozapine and of course the fancy new $3000 pimavanserin.

I can tell that Jim isn’t super impressed by pimavanserin, for depression in Parkinson’s Disease, dopamineagonists like pramipexole and SSRIs have been shown to work better than placebo. Psychotherapy can be an effective adjunctin treating neurodegenerative disorders. For psychotic symptoms, consider low doseclozapine and quetiapine.