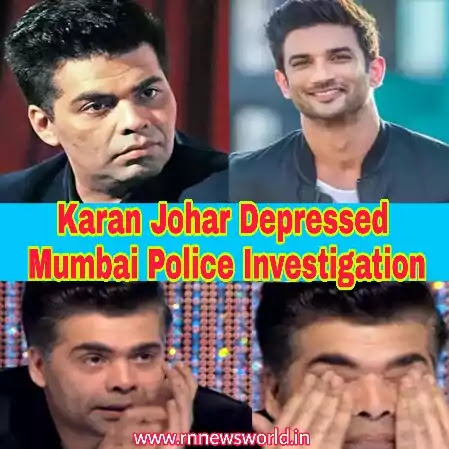 As per the reports released by the Mumbai police, Bollywood actor Sushant Singh Rajput took his own life as he was suffering from Karan Johar depression. Though this is not yet proved totally but this is the speculation, that is doing rounds currently.
After his sudden demise people started trolling Bollywood biggies, including Karan Johar for causing depression in Sushant’s life. People hurled Karan Johar’s social media sites with derogatory remarks and even banned him in Bollywood industry.
Also Read

It Looks like has hit Karan Johar hard this time as the filmmaker Karan Johar is now suffering from depression, as per reports. Let us find out all the details about Karan Johar’s present situation and about his uncertain career in Bollywood. After Sushant Singh Rajput’s shocking demise, many shocking details come forward, that hasmade people angry with Karan Johar.
Karan Johar was spotted mocking Sushant Singh Rajput on his show and laughing at the outsiders and behaving rudely with them. As per reports, Karan Johar, along with some other Bollywood filmmakers, banned Sushant in Bollywood. After this people started banning Karan and started boycotting his works and him too which is why his talk show Koffee With Karan got banned.
His movies got banned in Bihar and he was kicked out from his position as board member in MAMI Film Festival. The flag bearer of nepotism, Karan Johar is currently facing the wrath of the people and is going through a hard time.
He even is not getting any support neither from the film fraternity, nor from his huge circle of friends of star kids and Bollywood biggies. No one came in support of Karan Johar in fear of their career getting affected and this hurt Karan a lot as he always helped them.
Which is why he has disconnected himself from most of his friends by changing his phone number after so many years. Recently, a close friend of Karan Johar has revealed to media that Karan has totally broken down and is suffering from depression. Karan got too many trolls with harsh comments, even his little munchkins are getting threats.
Karan Johar has even revealed that people are also his closed ones like people have asked Ananya Panday to take her own life. All these had saddened Karan and he always asks that what did he do wrong that people are wrong with him so much.
His close friend has also said that Karan Johar is shedding his tears most of the times and is going through a very bad phase. Karan Johar’s friend also thinks that Karan’s career is over in Bollywood now after this Sushant Singh Rajput tragic incident, as Karan has completely broken down. Karan Johar is suffering from depression.
Share Now
More