Salaam Venky Web Series: Kajol, an actress, has already made her OTT debut. He is now prepared to launch on the internet with a web series.

Kajol will debut in a web series Many Bollywood movie stars who won the hearts of the audience with their popular acting have shifted to the OTT platform. He has also displayed his exceptional performance here. Actress Kajol’s name has recently been added to the list. Despite the fact that he made his OTT debut before the movie “Tribhanga.” She will now make her web series debut.

Kajol has been making breaking news for her web series Salaam Venky for a very long time. This series was first revealed by him earlier this year. Today we are going to start the adventure of a new story, Kajol wrote in a message she shared on Instagram.

It is a story that ought to have been told, a course to be followed, and a life worth honouring. We can’t wait to tell you about this fantastic true story. Suparn Verma, the writer of “The Family Man,” will serve as the director of this web series that is being made for Disney Hotstar.

The struggle of a mother pushed by circumstances to labour for her children will be shown in Salaam Venky’s story. Following this, the storyline of this series has been based on how she would become involved with family, crime, and politics.

Let us inform you that the movie Tribhanga, which was released in the year 2021, also told the story of three generations of women. In this case, it will be interesting to watch how Kajol is portrayed in “Salaam Venky” this time around. 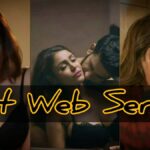