The movie Jug Jugg Jeeyo, starring Varun Dhawan, Kiara Advani, Neetu Kapoor, and Anil Kapoor, has just been released in theatres. learn how the movie is.

Jug Jugg Jeeyo Review: Making family movies is something Karan Johar best at. He has amply demonstrated this. With Jug Jug Jio, Karan once again shown his ability to bring the entire family to the movie theatre. This brand-new film from Karan Johar’s Dharma Productions is fantastic, and the best part is that it is family-friendly and clean.

Jug Jugg Jeeyo story of Canadian residents Varun and Kiara, who wish to get divorced from one another but must travel to Patiala, India, for the wedding of Varun’s sister. Both Varun and Kiara believe that they will file for divorce after their marriage.

Varun finds that Anil Kapoor, his father, also desires a divorce from Neetu Kapoor at this point. What occurs next, how things grow complicated, and how they’re resolved. This movie shows it right here. The story is decently told.

The movie makes its point shortly. Even when the interval is over, you haven’t even grown weary of laughing. Then the fun and emotion-filled content continues in the second half.

The movie was completely within the director Raj Mehta’s control. The humour punch is incredible. You’ll laugh, cry, and feel emotional while watching the movie.

Each actor in the movie did fantastic performance. Anil Kapoor portrays Varun Dhawan’s father quite well. He appears to be laughing. Every time Anil Kapoor appears on screen, you can’t help but laugh. Varun Dhawan did a fantastic job.

Both are troubled—one by the wife, the other by the father. Varun has effectively described this issue on his face. The most incredible actress in Bollywood right now is Kiara Advani. Giving hits one after the other, Kiara stands out among the stars in this regard. His acting is outstanding, both in terms of screen presence and acting.

Seeing Neetu Kapoor on film gives one a good feeling. Neetu Kapoor has a stunning appearance, and her acting skills are obvious. She often brings tears to your eyes. Although Manish Paul is an excellent host, this has grown stale. He is now a fantastic actress as well. He has incredible comedic timing.

You laugh while squeezing your stomach because Anil Kapoor, Varun Dhawan, and Maniesh Paul have such incredible chemistry. Following the world of YouTube, Prajakta has made a significant impact on the big screen. She has done a good job of portraying Varun’s sister, and it appears that she will play for a while. 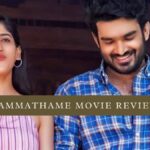