India’s Got Talent Season 9 has been won by beatboxer Divyansh and flute player Manuraj. The show’s jugalbandi of Indian classical music and beatboxer music has impressed both the judges and the audience.

The Sony TV’s reality show India’s Got Talent Season 9 winner has been revealed. Manuraj and Divyansha have won the title for the second time. This is the first time on the show that Indian classical music and beatboxing music have been joined. However, not only the judges, but also the audience, were won over by the pair.

Musicians Will Be Impressed

“I am thrilled since it is rather revolutionary in the history of Indian reality programme where two musicians cooperated together to find their voice,” Divyansh Kacholia of Jaipur remarked after naming the show, according to India Today. So far, I believe that all classical musicians, whether they are linked with beatboxers or not, will come forward and believe that their goals may be realised.

This is the Victory of all the Musicians of the Country

“I could not believe that there was a level of happiness beyond bliss,” Manuraj Singh Rajput, a citizen of Bharatpur, stated at the time. I’m not just in seventh heaven, but I also feel like I’ve arrived. I came to work with Divyansh, but luck was on our side, and now we’re the show’s victors. This is a success for all of our country’s musicians who are looking for a way to express themselves as musicians.

The first Runner-up was Little Creeper

Let us tell you that for winning the title of India’s Got Talent Season 9, Divyansh and Manuraj were awarded prize money and a trophy worth 20 lakh rupees. Apart from Manuraj and Divyansh, singer Ishita Vishwakarma, also known as Choti Lata, was the first runner-up of the show. Even as Delhi’s Bomb Fire Crew has been declared the second runner up of the show. Both of the runner-ups received a prize of Rs 5 lakh each.

Kirron Kher, Shilpa Shetty, Rapper Badshah, and Writer Manoj Muntashir serve as india’s got talent judges of India’s Got Talent Season 9, which is presented by Arjun Bijlani in his entertaining way. According to reports, this reality show was broadcast on Colors TV till season 8, after which it was moved to Sony TV for season 9. 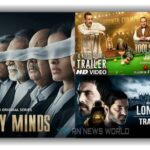