Sonarika Bhadoria Gets Engaged with her gorgeous appearance and great performance, actress Sonarika Bhadoria became a household name after playing Mother Parvati in the very successful and well-known TV serial ‘Devo Ke Dev: Mahadev,’ which was telecast on Life OK channel. She had won the hearts of the audience, and as a result, Sonarika Bhadoria is now considered one of the industry’s most well-known and talked-about actresses.

When it comes to Sonarika, she has been absent from the acting industry for a long time, and as a result, she has not been in the news in a long time. However, a major update on the actress is now available, and it concerns her personal life, as a result of which the actress is once again the focus of attention.

Sonarika Bhadoria has recently announced that she has engaged her partner Vikas Parashar, and the actress will marry him in the next days. Sonarika has also uploaded some images on her official Instagram account to inform her fans of the news.

Sonarika is seen in a highly romantic manner with her future husband Vikas Parashar, which is why these photos of her are becoming increasingly popular on social media. Millions of followers have also shown their love and congratulations for Sonarika Bhadoria on social media.

In the photos that have appeared on Instagram, actress Sonarika Bhadoria is seen in a pure white colour costume with her lover, and the two of them look extremely adorable and gorgeous together.

Sonarika has posted numerous pictures with her lover Vikas through this social media post, in which they can be seen giving romantic postures for photos together in a very beautiful style. Vikas Parashar is also seen proposing to his girlfriend Sonarika Bhadoria with a diamond ring in the last photo of this article.

For your information, in the year 2020, the news of actress Sonarika Bhadoria’s love affair with Vikas Parashar became public after her boyfriend Vikas wrote “I love you” in a comment while wishing Sonarika a birthday.

If we’re talking about Sonarika’s career, she initially appeared in the 2011 television series ‘Tum Dena Mera Saath.’ After playing Parvati in the 2019 TV series ‘Devon Ke Dev: Mahadev,’ the actress gained actual exposure after over 8 years. 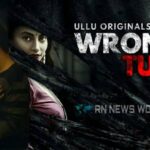