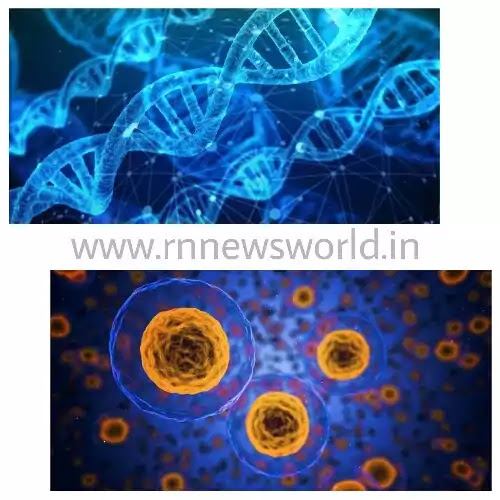 What happens during the Cori cycle?

Many of us have experienced muscle sorenes sat some stage, and we may have heard that it’s related to lactate production in the muscle. Now a days, the general consensus is that muscle soreness is caused by microtrauma to the muscle fibers and not through lactate.

We learned that lactate production is part of the oxygen-independent generation of ATP in the body. In glycolysis, glucose is initially degraded to pyruvate.

In aerobic metabolism, the pyruvate dehydrogenase complex synthesizes acetyl-CoA from pyruvate, which can be converted to carbon dioxide in the citric acid cycle.

These isoenzymes are abbreviated with LDH and numbered from 1 to 5. Although they all catalyze the same reaction, their occurrence varies depending on the tissue. LDH1 and LDH2 are found mainly in cardiacmuscle cells, erythrocytes, and kidney cells. LDH3 is found in the cells of the lungs, the lymphatic system, and platelets, whereas LDH4 and LDH5 are present primarily in liver and skeletal muscle cells.

The ratio of NAD+ and NADH and H+ in the cell, therefore, determines in which direction the lactate dehydrogenase reaction proceeds. So, the enzyme adjustably adapts to the current metabolic state in the cells. Lactate was long considered mainly as an end product of anaerobic metabolism, which needed to be broken down rapidly to prevent hyperacidity. Currently, it’s generally assumed that this perspective falls short: Lactate can be used as a source of energy by the body.

It’s also a precursor of gluconeogenesis. Finally, it appears to take on the role asa signaling molecule in which it impacts the expression of various genes, there by regulating lipolysis.

To highlight its role as a signaling molecule, it’s occasionally referred to as lactormone. Let’s take a closer look at the role of lactate in energy metabolism. In skeletal muscle cells that depend on aerobic metabolism, the electron transport chain is unable to oxidize NADH and H+ back to NAD+.

This results in an excess of NADH and H+. The lactate dehydrogenase in skeletal muscle cells then converts pyruvate into lactate, generating NAD+ in the process. The amount of NAD+ is just sufficient to maintaing glycolysis.

So, this is an example of how lactate can be used as a source of energy. If lactate isn’t required as an energy source,it’s degraded. This process occurs primarily in the liver. There’s also an excess of NAD+ in the hepatocytes.

The glucose produced in the liver can be stored as glycogen and released back into the bloodstream when needed. This way, it’s transported to various tissues that use glucose, including skeletal muscle cells. With this, the metabolic cycle of lactate and glucose production is complete.

This interplay between the liver and skeletal muscles is also termed the Cori cycle. Lactate dehydrogenase is not only important for energy metabolism, it’s also clinically relevant. Its concentration in blood serum, the LDH level, can be easily determined and used for diagnostic purposes. The LDH level measures the combined amountof all LDH isoenzymes in serum and is low in healthy individuals.

It’s usually between 45 and 200 U/L. An increase in LDH levels can be due to several causes: First, in vitro hemolysis of erythrocytes during blood collection and handling should be excluded. Otherwise, elevated LDH levels indicate cell damage in the body. Depending on the cause, different isoenzyme sare affected: An increase in LDH1 and LDH2 suggests myocardial infarction, myocarditis,hemolysis, or renal infarction.

In contrast, increased LDH3 points to pulmonarye metabolism or platelet destruction. Elevated serum LDH4 and LDH5 are mainly foundin liver disease or skeletal muscle injury. Also, levels of LDH3, -4, and -5 may be increased in malignancy. However, since LDH levels have poor specificity,they’re not widely used in clinical practice for an accurate diagnosis.

Accordingly, in cases of elevated LDH, other organ-specific parameters are measured for clarification, rather than determining the affected isoenzymes. Besides that, the various LDH isoenzymes are degraded at different rates, which need to be considered in LDH analysis. While LDH5 disappears from serum within 24hours, LDH1 can still be detected after several days.

Therefore, it can be used in the delayed diagnosis of myocardial infarction when other cardiac enzymes, such as troponin, are no longer detectable. Now, let’s move back from our clinical note to the biochemistry of the Cori cycle and to the question: What are the most important take-home messages? We’ve summarized the five most important facts for you: The reversible conversion of pyruvate to lactate,which is most important for anaerobic metabolism, is catalyzed by the enzyme lactate dehydrogenase.

If there’s an excess of NAD+, lactate dehydrogenase forms pyruvate; in the case of excess NADH and H+, pyruvate is converted to lactate. Lactate can be used as an energy source orserves as a precursor for the biosynthesis of glucose.

The Cori cycle is the process in which lactateand glucose are exchanged between muscles and the liver. The Cori cycle comprises three important metabolic pathways, which we discuss separately in this course, namely, glycolysis, anaerobic metabolism with lactate production, and gluconeogenesis.