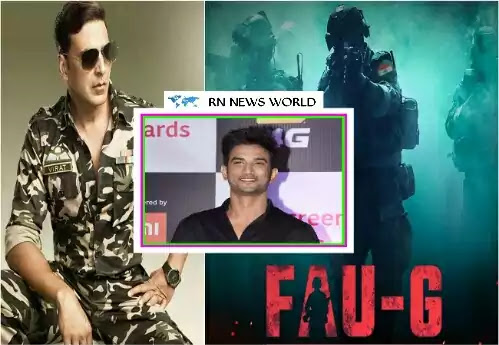 The Bombay City Civil court on Thursday passed an order to GOQii and nCore Privat company stop linking Sushant Singh to FAU-G game. Against unauthorized persons restraining them from spreading social media accounts all speculations and rumours about FAU-G being conceptualizing.

Private Company GOQii and nCore had approached the civil court and cited that they were being caused great hardship by alleged rumours being spread on social media platforms.

Akshya Kumar plan to lunch a FAU-G Game and GOQii Smart Vital wearable with integrated SPO2, which is being used for COVID-19 control health management was conceptualized by bollywood late actor Sushant Singh Rajput and circulating various concept of conspiracy theories and fake news spread it.

After the Indian Government banned in PUBG mobile Game, Akshay Kumar, who is the face of GOQii had announced the FAU-G game will be released by the 2020 end of October. Vertices Partners, the legal firm representing the GOQii and nCore companies also submitted the court various screenshots of alleged defamatory messages being shared online.

The legal firm also alleged that the messages being shared online was completely wrong and miningless. They also submitted complaints filed Mumbai police stations about the rumours being spread that the FAU-G game was conceptualised by Sushant Singh Rajput.

The GOQii and nCore Private companies make a Android game FAU-G also issued a press statement warning that if any anti social element disseminates any false tweets or news, videos, and messages on any social media platforms action them.

Akshay Kumar, CEO Vishal Gondal or their directors and others stuff members inshall be taken accountable for committing contempt of court.