Richa Chadha and Ali Fazal, a longtime pair from the world of Bollywood, are getting married. For this, extensive preparations are being made. From Delhi to Mumbai, functions will be held in both cities. There are plans to have a grand reception, and there is a big guest list. Richa and Ali were reportedly going to get married at the end of September, but it has since been revealed that they will stay together forever, complete with all of the ceremonies.

The wedding of Richa Chadha Ali Fazal is referred to as a Big Bollywood Wedding. The event will begin in Delhi by the end of September and go until October 2, according to a Times story. All of the pre-wedding events fall under this category. On October 6, Richa and Ali will eventually compete in seven rounds in Mumbai. The formal event will be held on October 7.

Last month, Richa was seen discussing her marriage in an interview. He’d stated, “We may be married this year, in my opinion. somehow manage to do it.” Richa had also stated that although they are both really eager to wed, they are a little uneasy about Kovid. Richa claims that neither of them wants to make the news because of some incorrect information. In addition to this, both were extremely engaged with their respective jobs. Due to this too the marriage was getting postponed. 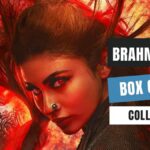