Live updates for Bigg Boss 6 Telugu: Bigg Boss, the reality television programme that keeps viewers entertained, has launched a new season. On Sunday at 6:00 pm, Nagarjuna made a victorious entry to kick off the sixth season.

Shrihan, Siri Hanmanth’s lover, was the third contestant to join the Bigg Boss house. In fact, it was just announced that Srihan would take part in Bigg Boss OTT’s opening season. However, even if he didn’t succeed, then. This season, Srihan has entered the Bigg Boss 6 Telugu house.

As the second participant, Sudeepa made a dramatic entrance into the Bigg Boss house. Sudeepa, who gained fame for playing Pinky in the film Tu Naku Nachav, appeared in over 20 films while still a young actress. Following that, she appeared in other movies as a character actor.

The first candidate to join the Bigg Boss 6 Telugu house was Keerthy Bhatt of Karthika Deepam fame. Keerthy made headlines with the series Manasichchi Chudu before Karthika Deepam.

Chalaki Chanty, a comedian from Jabardast, entered the Bigg Boss house. He was the sixth contestant to join the house. 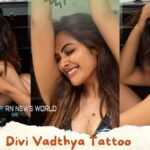