Aradhya Bachchan is COVID Positive Admitted to The Hospital. 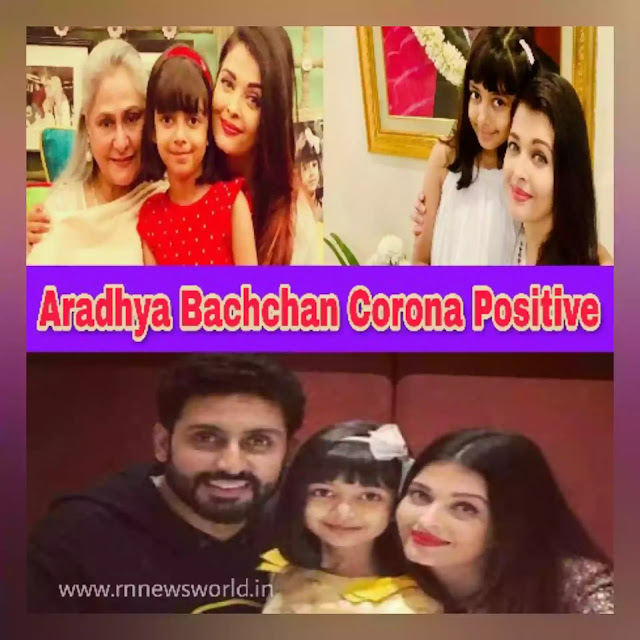 Aishwarya Rai daughter Aradhya Bachchan is COVID Positive admitted to hospital currently, four members of the Bachchan family are infected with the COVID and are admitted to the hospital. First, on 11th July, the news came forward that the veteran actor, Big B, got infected with COVID and was rushed to the hospital. Within a span of a few hours, another news came that his son.
Bollywood actor Abhishek Bachchan also tested positive. Abhishek Bachchan is also admitted to the same Nanavati Hospital of Mumbai, like his father. On the next day, the news brought out that Abhishek Bachchan’s wife Aishwarya Bachchan and their daughter, Aradhya Bachchan tested positive.
Abhishek Bachchan himself tweeted on his twitter handle that both Aishwarya and Aradhya would be staying at home. Aishwarya and Aradhya were supposed to stay under home isolation as per Abhishek Bachchan’s tweet.
But the recent reports are suggesting a completely different side of this case and it is making people worried. As per the recent reports, eight-year-old Aradhya Bachchan  COVID positive and was recently rushed to the Nanavati Hospital, where her grandfather and father are admitted too.
Aradhya Bachchan was COVID positive under home isolation for five days, even after being tested positive COVID. Media is raising questions to the hospital authority, why they suggested home isolation for this little munchkin, and later admitted her. Well, the current reports suggest that when Aradhya, along with her mother tested COVID 19 positive, they were asymptomatic.
But after five days, both the mother and her daughter started showing some major symptoms and their health started deteriorating.
Which is why the doctors of the hospital suggested them to get admitted. As per reports, the doctors are a little worried about Aradhya as she is just eight years old.
The doctors ate trying their best to cure her. Currently, Aishwarya and Aradhya are kept in an isolation ward of the Nanavati Hospital.
The BMC on Sunday sanitized and sealed all four bungalow of the Amitabh Bachchan family, Jalsa, Janak, Vatsa and Pratiksha and are declared them contentment zones. All stuff in the four bungalow under went thermal screening.
Share Now
More