Alia Bhatt Sadak 2 trailer release on 12 August and is has been trolled by several netizens and people seen by example of Bollywood nepotism. 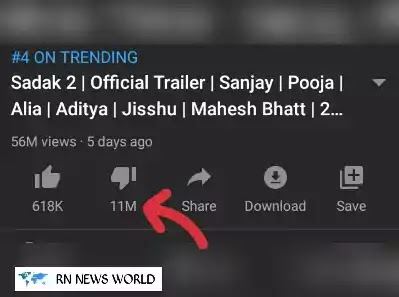 1991 movie sadak and Sadak 2 marks the return of Mahesh Bhatt as director after 21 years. But all people disliked Sadak 2 trailer For Bollywood Nepotism. Sadak 2 trailer third most disliked video On YouTube all reports say.